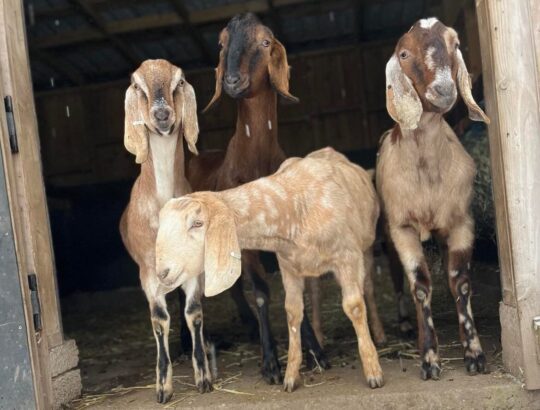 The Anglo-Nubian is a British breed of domestic goat. It originated in the nineteenth century from cross-breeding between native British goats and a mixed population of large lop-eared goats imported from India, the Middle East and North Africa.

The Anglo-Nubian goat is one of the tallest and heaviest species of goat.  They adapt well to hot climates, with their long ears helping to keep them cool.   They come in a wide variety of colours, and can be either solid or marbled, brindled, and mottled patterns.

Anglo-Nubian goats produce high quality milk with a very high butterfat content, as such they are often kept as dairy animals.  They are friendly and affectionate in nature.