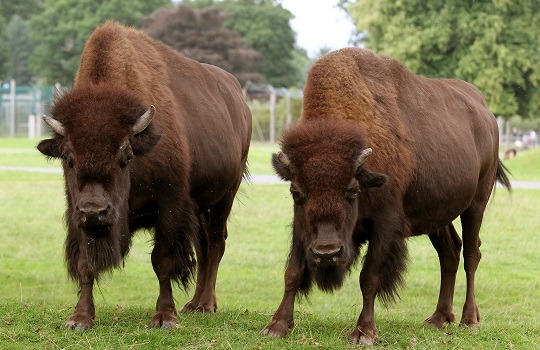 Now the stuff of old western films, bison (or North American buffalo) once roamed the North American prairie in vast numbers, making annual migrations along traditional routes. Due to widespread commercial hunting following the arrival of European settlers, bison became virtually extinct in the wild. Thanks to conservation efforts, their numbers are now stable and they are no longer endangered.

Massively built, standing as tall as 6.5 feet at the shoulder, the bison can run at speeds of up to 35 mph. Its senses of hearing and smell are excellent and essential for detecting danger, particularly considering that they have poor eyesight. Although there are still some wild herds, they now migrate within the boundaries of national parks.