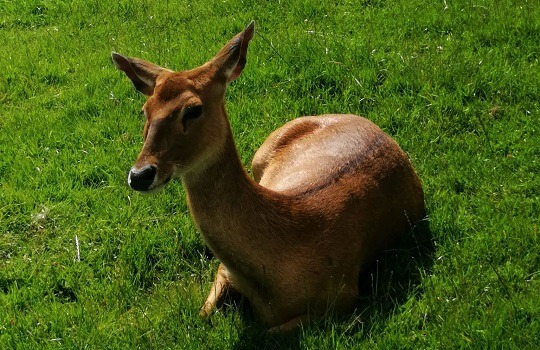 The male Eld’s deer has distinctive antlers that appear to grow out of its eyebrows, which means it’s also referred to as the Brow Antlered Deer. Another common nickname for a subspecies of this deer in Manipur, India, is the ‘Dancing Deer’. This is because of the distinctive way it hops over floating foliage as it moves through the marshy landscape.

The Eld’s deer is now endangered, mainly as a result of hunting driven by a thriving trade in bush meat, the East Asian market for traditional ‘medicinal’ products and the international market for trophy antlers.  Some people even say the deer was a source of food for the Khmer Rouge army during the civil war in Cambodia, which may have had a significant impact on their populations.