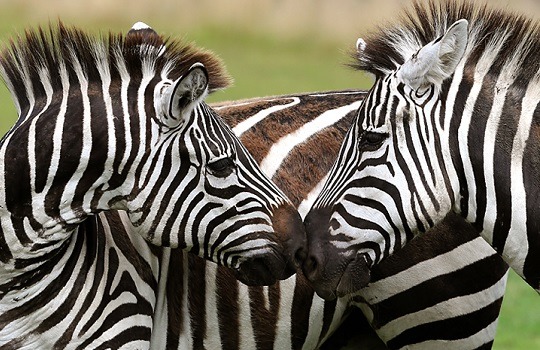 Perhaps the most striking and familiar of all African animals – the zebra wears his stripes with style. These herd animals are found throughout Africa and will often be spotted grazing with their friends, the giraffes, using them as handy long-necked lookouts in case of predators!

Zebra stallions will compete for a group of mares. Conflicts during mating season are fierce. During the fighting, stallions may bite, rear up and strike out with their front feet and kick with their back feet. The loser is then driven off, leaving the victorious stallion in charge of his ‘harem’ of mares.

Zebras have a powerful kick and if forced to face a predator will often defend themselves this way. A well-placed zebra kick is powerful enough to kill a fully-grown hyena.