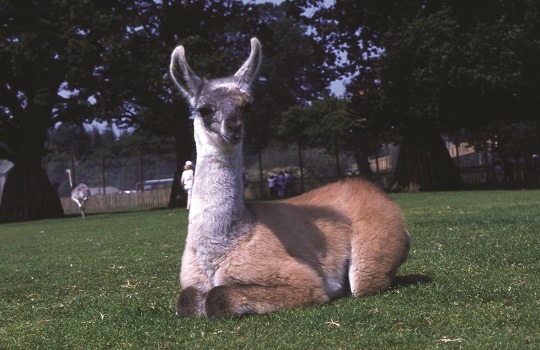 Domesticated llamas are descended from wild guanacos and have been used by the people of the Andes as pack animals for centuries. Although willing to carry heavy loads they will often refuse to move if they think they’ve been overloaded! They may even lie down, hiss, spit and kick, rather than continue.

Despite this grumpy streak, llamas actually have a gentle temperament and are sociable animals that live in herds. Their wild ancestors once inhabited the plains of North America and migrated south to the Andes about three million years ago!

In North America llamas have been used as guard animals for farm animals such as sheep, as they will bond with the herd and defend them from predators like coyotes.