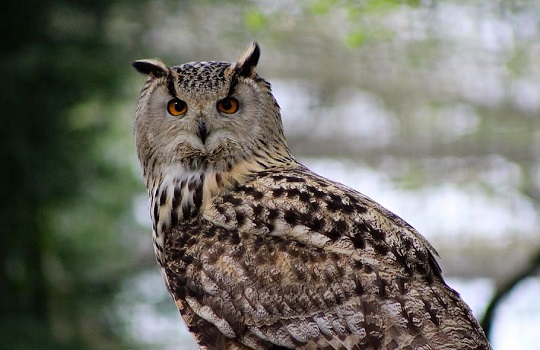 The Long-eared Owl doesn’t actually have long ears at all! The tufts on the side of this clever owl’s head actually help it to blend in with tree branches. It’s real ears are hidden under the feathers at the edge of its facial disc.  This owl is such a master of disguise, it can even elongate its body to mimic a dead tree limb – making it the ultimate predator of any rats or mice below.  Listen out for this owl’s soft ‘Hoo’ call, which sounds a bit like someone blowing over the top of a milk bottle.

Not much is known about this owl’s exact numbers, but there could be up to 3,500 breeding pairs in the UK. However, it’s thought they could be decline because of changing habitat quality and increased competition from the Tawny Owl.