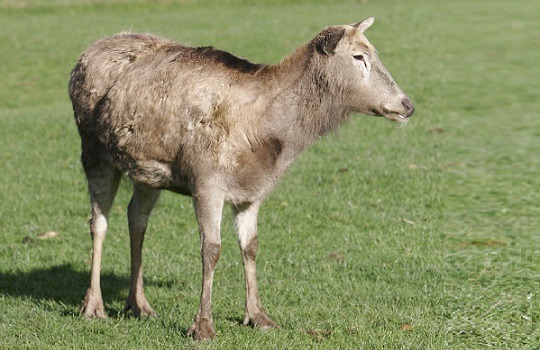 Strange name for a deer? This unique species is named after Père David – a French missionary and zoologist who discovered the last of the breed in the Imperial Park in Beijing in the 1800s. The Chinese Emperor agreed to send a number of animals to Europe, which flourished in captivity. More recently, in the 1980s, the Père David’s deer was reintroduced to its native China and has bred well.

Distinct from other deer in its body shape, the Père David’s has a long horse-like face, a long tail and wide spreading hooves to help it move through its marshy habitat. Also unusual are the male stag’s ‘back-to-front’ antlers and the fact that they sometimes grow 2 sets of antlers in a year.

Conservation status | Extinct in the wild