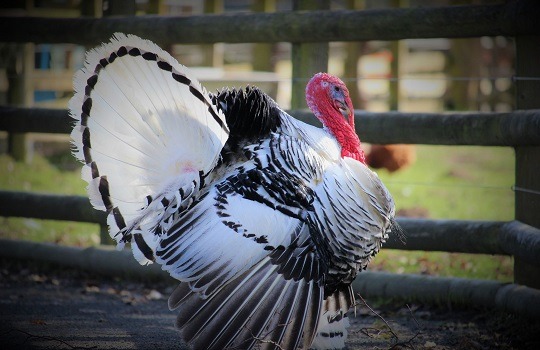 One of the smaller breeds of turkey, the Royal Palm turkey has very beautiful and distinctive plumage. The breed first originated in Florida in the 1920s and is now mainly used as an ornamental show bird on account of its striking appearance.

Whilst wild turkeys in North America are listed as ‘of least concern’ when it comes to their numbers, most heritage turkey breeds in captivity are in decline and the Royal Palm has been reported as endangered in both Australia and the United States.