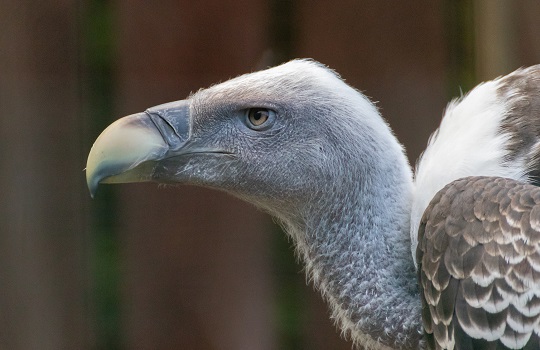 Vultures are a very important species in Africa because, as carrion birds, they feed on the remains of other animals, which means they keep the countryside clear of carcasses and prevent the spread of disease. The Ruppell’s Griffon Vulture is recognisable because of the brown and white markings on its belly and the white fluff around its head and neck. They are found across East and West Africa and prefer to live on steep cliff faces. Unfortunately, The Ruppell’s Griffon Vulture is now critically endangered because they are often hunted for the pet trade and poisoned by farming pesticides and livestock drugs.