Born 4 years ago here at the park, Bonnie is one our most popular residents, and a huge success story for our Endangered Species Breeding Programme. In 2016, hundreds of fans tuned in to watch in amazement as Bonnie was born live on webcam.

Now, as a 4-year-old, Bonnie has been moved to Woburn Safari Park. The hope is that Bonnie will go on to breed with Woburn’s male rhino and play a vital part in the conservation effort to save her species from extinction.

Our three remaining rhinos, Dot, Graham and Tswane will remain at the park and we’re hoping that Dot will continue to breed, now that her daughter has moved on. Bonnie is a real favourite at the park and will be much missed but we’re very excited for the next part of her journey and, hopefully, to see her become a mother herself.

“We’ve loved our time with Bonnie and are sad to see her go, but it’s time for the next part of her journey – and we’re really hoping she’ll find romance!”

The team at Woburn have already been in touch to say how well Bonnie is settling into her new home. Their Head of Reserves, Sonia Freeman, said:

“Bonnie’s parents have played a vital role in increasing the Southern White Rhino population and we are hopeful that their daughter will continue to do the same here at our Park. For now, she’s a lovely, confident rhino so visitors will soon be able to see her out exploring the main reserve on the Road Safari.” 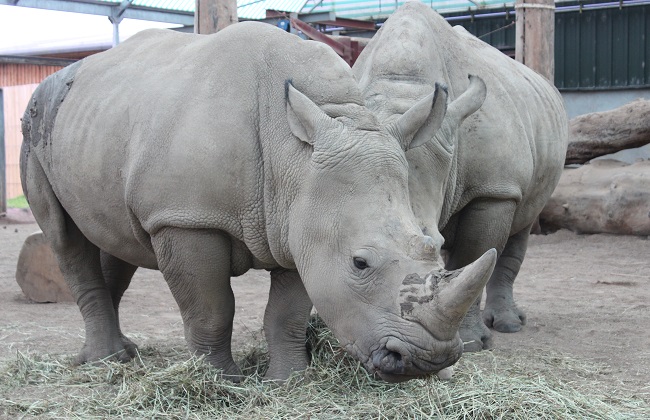