Over the Easter weekend, we had the best Easter egg gift of all. After patiently incubating their egg for about 40 days, penguin parents Penny and Izzy hatched a beautiful chick.  Born on the 7th of April, the chick now weighs in at a very respectable 7.9 pounds (3.6kg)! If you’ve never seen a baby penguin, then you’re really missing out! This little character has waddled straight into our hearts.

But… we need your help!

As yet, the chick hasn’t been named. Our Keepers have come up with some options, but we just can’t choose. So we’ll be running an online poll soon where you can cast your vote. Just keep an eye on facebook for the latest.

“At the moment the chick still isn’t venturing out and is being kept warm in the nest by its parents. It’s all fluffy and won’t get its adult feathers for about a year. Penguins are very modern when it comes to parenting too! They both take turns looking after their chicks.”

We’ll keep you updated on our chick’s progress but, in the meantime, why not pop to the park and see our penguins in person? (Try saying that double speed!) 🐧 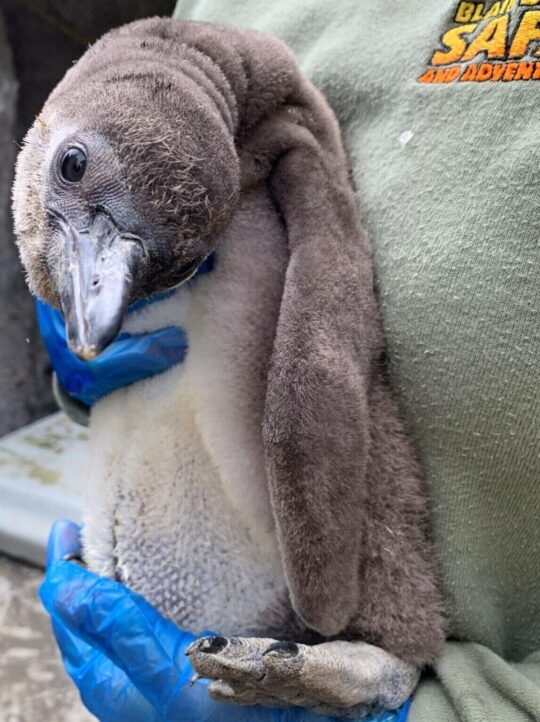