Last month, we welcomed a delightful new addition to our Pets Farm gang – Louis the Shetland pony.  This handsome little guy is a beautiful reddish-brown colour and has a lovely gentle nature.

Shetland ponies are one of the three native pony species we have here in Scotland, the other two being Highland ponies and Eriskay ponies.  Shetland ponies are the smallest breed of pony found in Britain, but though they may be small, they are incredibly resilient.  This is in part due to the nature of the land they come from.  Shetland ponies have lived on Shetland for over 4000 years and it is this unique island landscape that has shaped them in to the robust creatures we know and love today.

These little ponies are very hardy and can pretty much survive on the food that they forage for themselves due to their extremely efficient metabolism.  They are also very strong and were often used to carry heavy loads across boggy or rocky terrain in the past.  In the 19th Century, they even worked in the mines!

Although Shetland ponies can now be found all over the world, the best place to see them is still Shetland.  If you visit this lovely island, you will likely see many of the ponies out grazing by themselves, as if they are wild. This is not the case however, Shetland Ponies are actually marked by their owners and then left to run free until they are needed.

So though they may be small, they are most certainly mighty! Make sure to pop along to meet Louis the next time you are in the park. 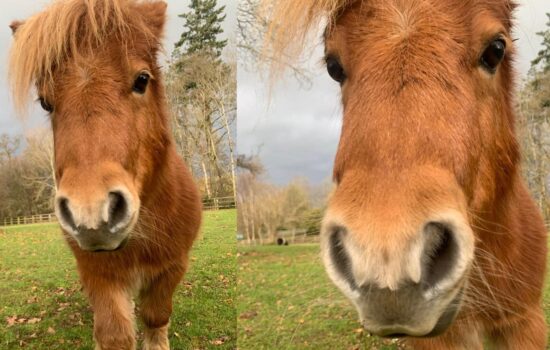