And then there were three! We’re delighted to announce that our resident sea lions Oscar and Poppy have just been been joined by a new housemate – Ineke.

Five-year-old Ineke came to us from Banham zoo and is now being introduced into our brand new sea lion habitat, California Cove. And judging by her response, we think she likes her new digs.

Introducing any new animal into an established group can be tricky, so we’re delighted that Ineke has settled in so quickly. Keeper Shane Belson said:

“We introduced her slowly to Oscar and Poppy. Sea lions are very sensory animals, so there was lots of nose and whisker touching through the fence first. We knew as soon as we let her into the enclosure that she was very confident. She got straight out there to investigate her new surroundings and say hello to her new friends.”

Ineke, Oscar and Poppy will be helping to deliver a regular programme of talks on marine biodiversity and the dangers of plastic pollution in our oceans. If you haven’t said hello yet, then shake a flipper. They can’t wait to meet you! 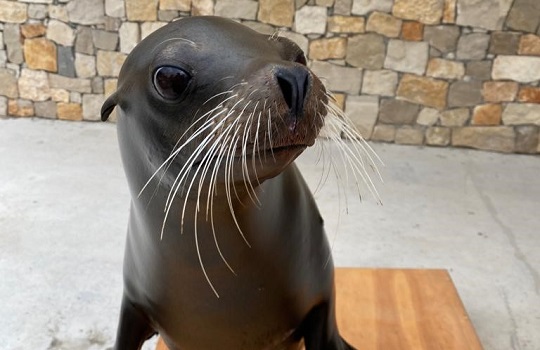