It’s estimated that two thirds of the world’s wild rhino species could be lost in our lifetime. Today, few rhino exist outside national parks and reserves due to persistent poaching and habitat loss over many decades. In the early 1900s when white rhino populations were thought to be as low as 100, a number of animals were translocated to other countries to ensure their survival.

Fortunately, these conservation efforts made a real difference and Southern white rhino populations are now thought to be between 16000 and 20000 in the wild. Despite this progress, this is still a comparatively small number, and the persistent threat of poaching means we are still at risk of losing rhinos from the wild completely. Each day 3 African rhino are poached from the wild for their horn, which is used to make ornaments and jewellery. It is also prized in China as a traditional medicine, despite being made of keratin – a protein that cannot be digested by the human body.

Without persistent political pressure, global education and a coordinated conservation effort, the rhino could be lost forever. That’s why, at Blair Drummond, we’ve been part of the European Endangered Species Programme since the early 2000s.

To ensure young rhinos can breed successfully, and a high level of genetic diversity is maintained, EEP transports rhinos all over Europe. At Blair Drummond it all started with the arrival of three young southern white rhinos from Kruger National Park in South Africa. Graham and Dorothy (or Dot, to her friends) went on to breed successfully at the park, whilst the second female Jane was moved to another breeding collection at Allwetter Zoo in Germany. 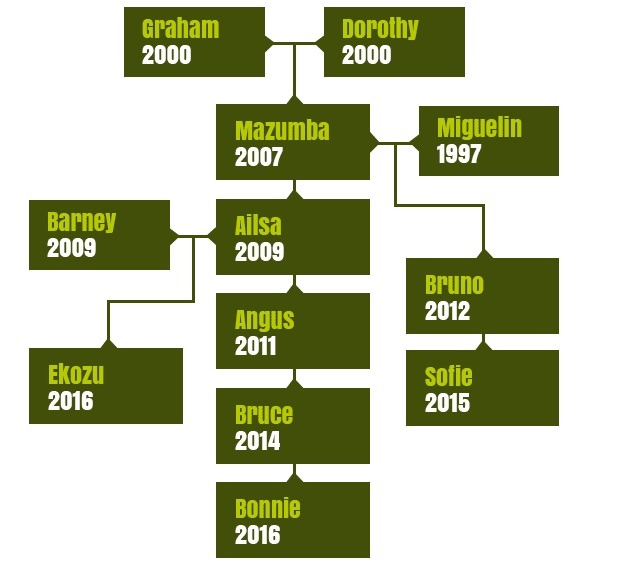