On Friday the 21st of October, we asked our Facebook followers to help us name our newest southern white rhino calf.  Members of the public were asked to vote for their favourite name from a shortlist compiled by our large mammal keepers.

After 3 days of intense voting, a clear winner emerged. Following in the Scottish tradition of several of her siblings’ names, our adorable new arrival is now officially named Morag.  We think she suits the name very well.

The winning name was announced one week exactly after the day she was born.  Morag and her mum Dot are both doing very well, and Morag has even started to get some little rhino zoomies on occasion. Make sure to pop along to see her next time you’re in the park, she is sure to make you smile! 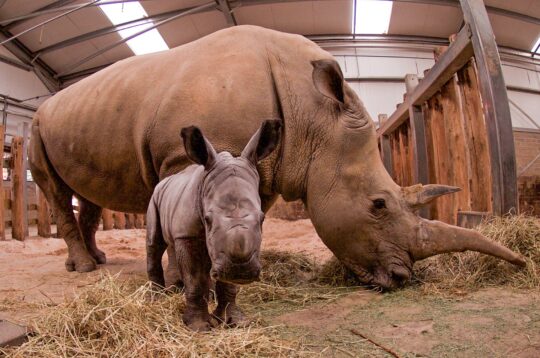