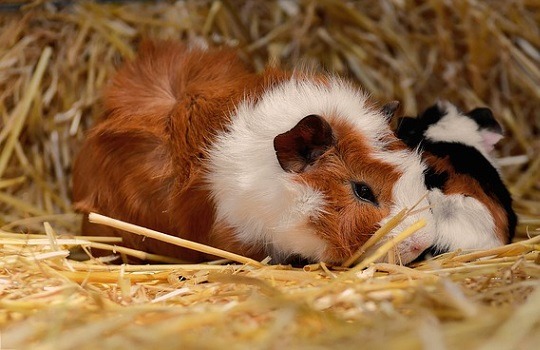 These gentle little mammals are popular as pets throughout the world. Like humans, they are very sociable and communicate with each other in their own language – a combination of chirps, chattering and whistles. They tend to get very excited and vocal around feeding time!

Guinea pigs come in a variety and colours and can be long or short haired. They are descended from the wild ‘cavy’ from South America. It’s thought that native people domesticated the cavy and used it as a source of food as far back as 5000 BC! Later, when explorers brought Guinea Pigs back to Europe they became popular as pets.