As part of its ongoing biodiversity and conservation work, Blair Drummond Safari Park has just completed its brand new, state-of-the-art sea lion habitat. Carefully designed to replicate natural conditions for its residents, ‘California Cove’ is part of a multi-million pound upgrade and the most ambitious build undertaken at the park in its 50-year history.

The sea lions are amongst the park’s most popular residents and form a central part of their educational programme. Though not currently endangered, in the wild California sea lions rely on a carefully balanced marine environment, which is now increasingly under threat.

“As well as giving the sea lions a 5* upgrade on their accommodation, the new habitat will help us educate our visitors about the importance of marine biodiversity and the steps everyone can take to reduce plastic pollution in our oceans. This message has never been more important” says Sea Lion Keeper Shane Belson.

California Cove includes a large outdoor pool with a state-of-the-art filtration system that’s designed to replicate natural salt water. The habitat features a waterfall, as well as dry sandy areas to encourage natural behaviours such as basking and porpoising. The Keepers have been closely involved with the design of the enclosure. Shane explains:

“The new pool has been a big hit with the sea lions. With more space they’re free to play and display lots of natural behaviours like porpoising. That’s when, to build up speed, the sea lion jumps in and out of the water . It’s lovely to watch them enjoying their new surroundings so much and the glass viewing walls mean visitors can share the joy of seeing these animals at their best.”

The ambitious build started in February 2021 with local contractors and every element of the build has been carefully considered from an environmental point of view, using natural materials and ensuring maximum water-efficiency.

Since the introduction of a new sea lion in April, there are now three happy residents of California Cove – Ineke, Oscar and Poppy. As the new habitat also includes a specialised breeding area it’s hoped that, in time, there’ll be some sea lion pups – helping the park to continue its research and spread the word about the dangers of marine pollution. 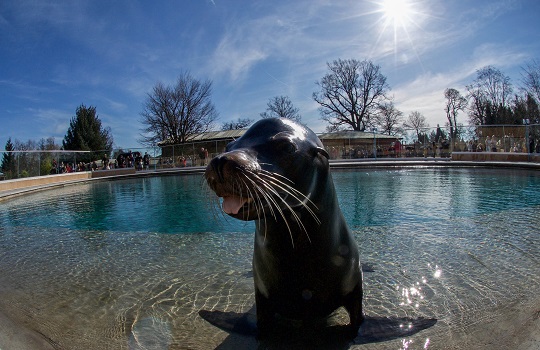 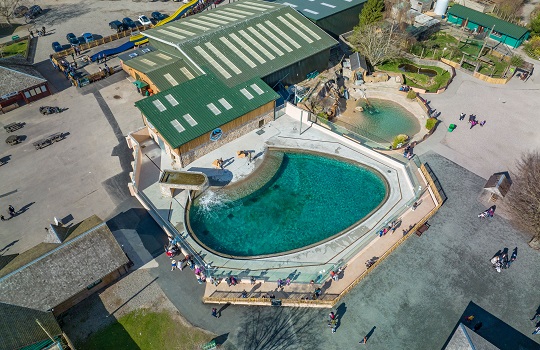 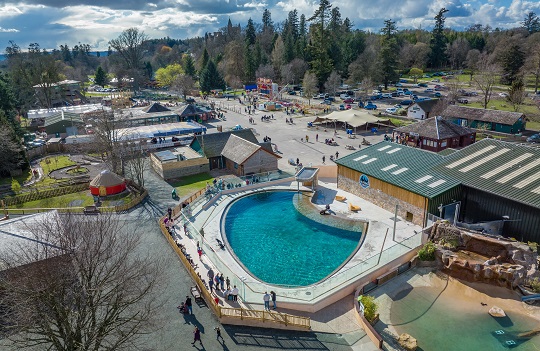